Maha Shivaratri is a Hindu festival celebrated annually in honour of the god Shiva. Generally Shivaratri is celebrated in every luni-solar month of the Hindu calendar, on the month’s 13th night /14th day once a year in late winter (February/March, or Phalguna) and before the arrival of spring, marks Maha Shivaratri which means “The Great Night of Shiva”.

The Lingodbhav Moorti of lord Shiva was self immerged at midnight of Shivaratri. So, this night is also celebrated as the Birth-night of lord Shiva. 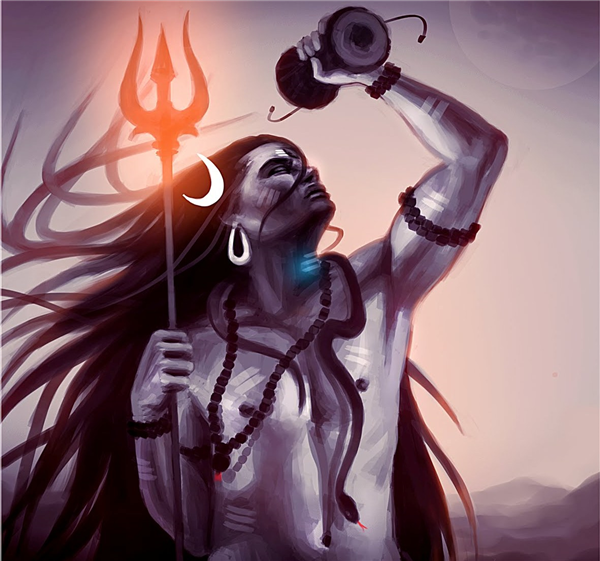 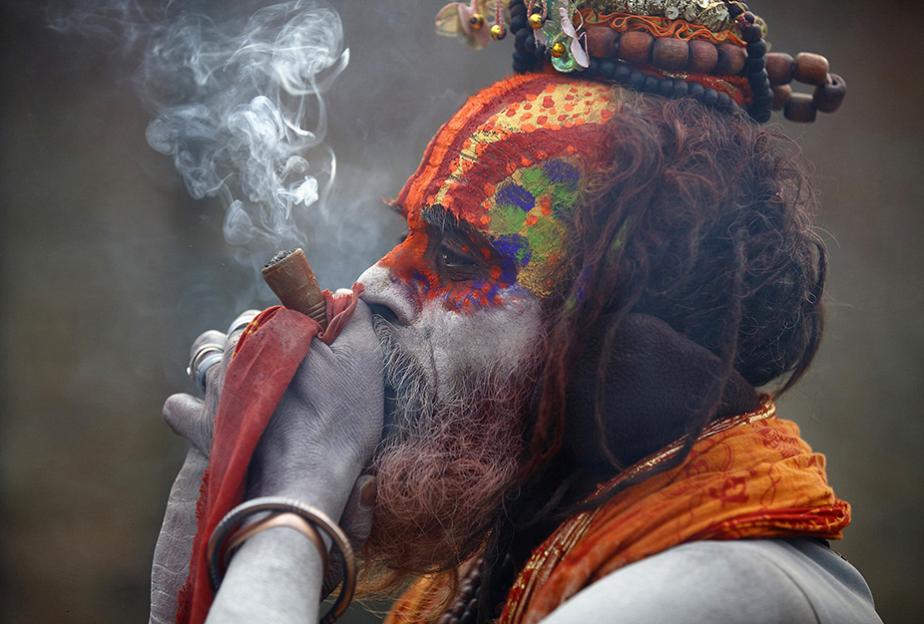 Puranas contain many stories and legends describing the origin of this festival. According to one, during the samudra manthan, a pot of poison emerged from the ocean. This terrified the Gods and demons as the poison was capable of destroying the entire world, and they ran to Shiva for help. To protect the world from its evil effects, Shiva drank the deathly poison but held it in his throat instead of swallowing it. This made his throat turn blue, and he was given the name Neelakantha, the blue-throated one.

Shivaratri is the celebration of this event by which Shiva saved the world.

It is believed Lord Shiva married Goddess Parvati on this day. Some places, Shivaratri is observed as marriage anniversary of Shiva-Parvati too.

According to another legend in the Shiva Purana, once the other two of the triads of Hindu Gods, Brahma and Vishnu, were fighting over who was the superior of the two. Horrified at the intensity of the battle, the other gods asked Shiva to intervene. To make them realize the futility of their fight, Shiva assumed the form of a huge column of fire in between Brahma and Vishnu. Awestruck by its magnitude, they decided to find one end each to establish supremacy over the other. Brahma assumed the form of a swan and went upwards and Vishnu as Varaha went into the earth. But light has no limit and though they searched for thousands of miles, neither could find the end. On his journey upwards, Brahma came across a Ketaki flower wafting down slowly. When asked where she had come from, the Ketaki replied that she had been placed at the top of the fiery column as an offering. Unable to find the uppermost limit, Brahma decided to end his search and take the flower as a witness.

At this, the angry Shiva revealed his true form. He punished Brahma for telling a lie, and cursed him that no one would ever pray to him. The Ketaki flower too was banned from being used as an offering for any worship, as she had testified falsely. Since it was on the 14th day in the dark half of the month of Phalguna that Shiva first manifested himself in the form of a Linga, the day is especially auspicious and is celebrated as Mahashivaratri. Worshipping Shiva on this day is believed to bestow one with happiness and prosperity. 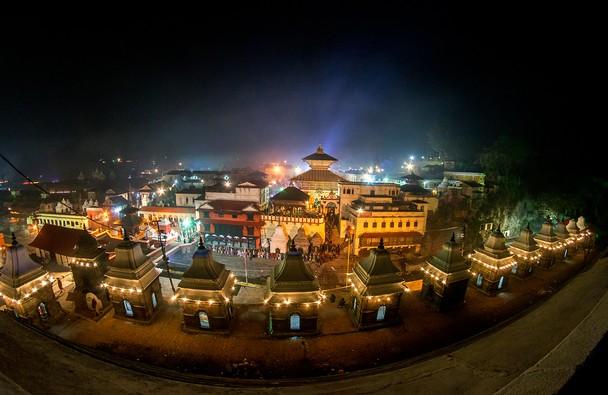 Maha Shivaratri is celebrated widely in the temples all over Nepal but especially in the Pashupatinath temple. Thousands of devotees visit the famous Shiva Shakti Peetham nearby as well. The Nepalese army parades around the city of Kathmandu to pay tribute to Lord Shiva, and holy rituals are performed all over the nation. Artists from various classical music and dance forms perform through the night. On Maha Shivaratri, married women pray for the well being of their husbands, unmarried women pray for a husband like Shiva, considered as the ideal husband. Shiva is also worshipped as the Adi Guru (first teacher) from whom the yogic tradition originates.